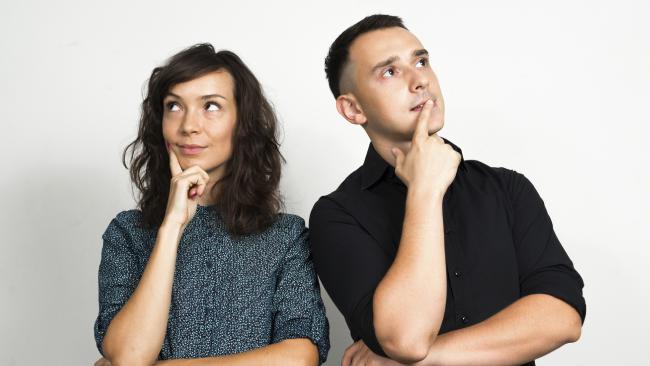 The internet initially seemed to have all the answers for lonely adults, and it’s true that if you’re single (well, it helps) and looking for more than friendship, there’s an app for that. All you have to do is grab your smartphone and start swiping right.

Apps such as Tinder, Grindr and Zoosk do have their pitfalls however and eventually you will come across someone you know or, as happened to a friend of mine — her brother. They had a lot in common, ­besides their parents. They would have holidayed in the same places, gone to the same restaurants as children, shared friends and, if needed, may even have been able to donate organs.

How many couples can say that? Legalities and ickiness won out however and she swiped left and posted the event on Facebook.

You judge prospective spouses or dates or booty calls based on ­appearance, age, occupation and a small blurb they post on the app.

I’m not sure if it’s more superficial than the old personal columns in newspapers where there were no photos and people were just a SWF (single white female) with a GSOH (good sense of ­humour).

The British edition of Spectator magazine used to have a fantastic personal column called The Love Bug. There you could find someone in their golden years seeking someone slightly to significantly younger who enjoyed opera, the countryside and sailing on yachts in the Mediterranean. I don’t recall a spate of Black Widow murders before the cancellation of the column but it unfortunately disappeared without a trace or adequate replacement.

For friendships, however, you are a bit more limited.

Some people enjoy spending time with their work colleagues at the weekend. Others spend too much time during the week with them and don’t like them that much anyway.

Some people kept in touch with primary and high school friends when it was easier to make friends for some reason, unless you were forever branded as the child who wet their pants or ate glue.

The rest of us can struggle through life acquiring friends like cobwebs, not quite sure how it got there or whether it was there yesterday but it’s fragile and I’ll just leave it a little longer.

Then a move interstate or overseas forces us to make new friends.

How can you meet a stranger these days without stopping someone on the street and appearing crazy or as if you are soliciting for something?

There is Meetup, which is ­internet-based and you join groups that interest you and meet people for sports, walks, movies or exotic dinners. I tried Meetup with people for social softball last summer but we didn’t stay in touch. I would try it again if I found something else I was interested in but this time would go with lower expectations of making friends.

There is also a new Australian app that is launching soon called Hobspot that matches people based on their hobbies and interests. I don’t know if this might lead to group sleepovers if you listed your hobby as sleeping.

The trouble with all of these apps and meeting of strangers is there is no screening process.

When making friends in primary school and high school, you were pretty much guaranteed your would-be friends were not yet axe murderers and you could agree to meet them again on your own. As an adult, you just have to take that leap of faith.