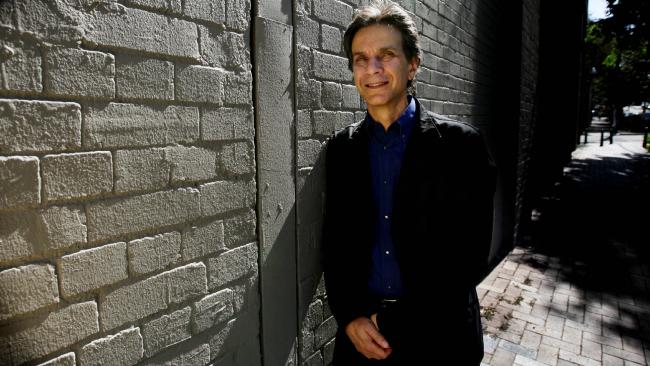 One of Sydney’s epic waterfronts, Johnny Kahlbetzer’s sprawling mansion fronting The Crescent, Vaucluse, is about to undergo a ­redesign by award-winning architect Alec Tzannes. The Monte Carlo-based Kahlbetzer is the son of one of Australia’s richest men, agricultural mogul John Kahl­betzer, who founded the Twynam Agricultural Group in the 1970s but is now based in Argentina. Tzannes declined to comment on his plans to reinvigorate the opulent mansion, built in the 1960s by the Kahlbetzer family. “It has been calling for a major refurbishment, it has never changed hands,” said one real estate owner. The mansion adjoins the waterfront home of Singaporean property tycoon and executive chairman of ­Stamford Land Corp, C K Ow. Stamford controls luxury res­id­ences in Singapore, Australia and New Zealand. Johnny Kahlbetzer married Donna, former wife of motorcycle champion Wayne Gardner in 2003. The former world Grand Prix champion is presently in custody in Japan over an apparent road rage incident.

Sanity Entertainment owner Ray Itaoui, who bought the company from Brett Blundy as part of a management buyout seven years ago, has splurged about $47m in Vaucluse buying a mansion in Carrara Road through agent Alison Coopes. Designed by Peter Stutchbury, the property has been on the market for at least three years and was originally listed at $60m. The nine-bedroom house sports a lift, swimming pool and guest quarters. The son of Lebanese migrants, Itaoui is undecided over whether he will put his present abode, a Strathfield mansion, on the market. Itaoui forked out about $5m for the ­property six year’s ago.

The Gladesville Bridge Marina’s former owners, the Southcombes, accepted $11m for their Viret Street, Hunters Hill waterfront mansion, down from the $12m they originally sought through McGrath agent Tracey Dixon. The Southcombes paid $6.7m for the property, once home to thoroughbred owner Jack Ingham, in 2005. The four-bedroom ­property, covering more than 1000sq m, has been extensively renovated and now sports views over Lane Cove River. The master suite ­features a freestanding ­Parisi bathtub.