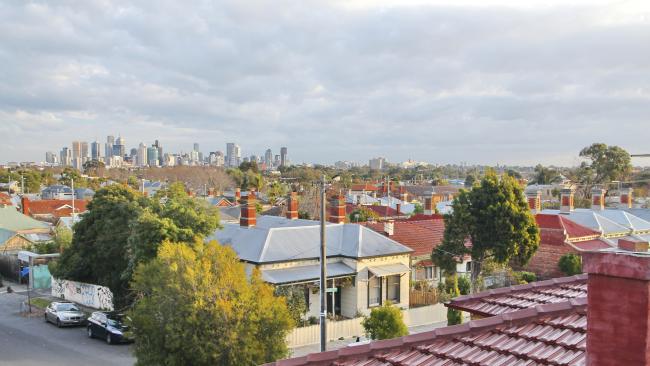 Australian house prices rose 2.9 per cent through the September quarter, a modest slowdown from the sharp 3.8 per cent lift in the June quarter, according to new data from property analysts CoreLogic.

The latest data also revealed that rental yields have struggled to keep up with property value growth and that transaction numbers have levelled off with just 110,000 settled sales last quarter.

For the month of September, Melbourne’s prices surged 2.3 per cent, while its quarterly growth struck 5 per cent.

This represented a tick up from a quarterly growth rate of 3.5 per cent to June 30 and leaves prices up 9 per cent year-on-year.

In contrast, Sydney’s quarterly growth eased from an eye-watering 6.8 per cent in the June quarter to a still robust 3.5 per cent after a 0.8 per cent rise in the month of September.

For the year to September 30, Sydney’s prices top all other capital cities with growth of 10.2 per cent.

Canberra had the second highest rate of growth nationally up 4.5 per cent while Brisbane had a slight fall of minus 0.3 per cent in the quarter.

Overall, dwelling values in Australia’s capital cities lifted 1 per cent in the month of September, 2.9 per cent for the quarter and 7.1 per cent on an annual basis.

Since the latest boom began in June 2012, capital city dwelling values are up 41.3 per cent.

“The housing market has clearly been a substantial source of wealth creation for many Australians, particularly for homeowners in Sydney and Melbourne,” CoreLogic head of research Asia Pacific, Tim Lawless said.

“Since the end of 2008, Sydney dwelling values increased by almost 95 per cent and Melbourne dwelling values are up 80 per cent. Canberra is the only other housing market where the cumulative capital gain has been greater than 20 per cent post-GFC.”

Mr Lawless also noted that while value growth was “clearly strong” the market was “moderating” from the peaks of last year.

“The most interesting thing in this report is that Sydney is now playing second fiddle to Melbourne and Canberra in the market,” he said.

Again, Darwin and Perth were the laggards, as interest in their property market fades with the end of the mining investment boom.

On a quarterly basis, dwelling prices slid 4.5 per cent in Darwin and 3.2 per cent in Perth, leaving valuations off 6 per cent and 7 per cent, respectively, for the 12 months to September 30.

Rental yields were seen weakening thanks to the sharp uptick in valuations, with Sydney and Melbourne trailing their peers given the growth in prices has far outpaced other markets.

“The average gross rental yield across the combined capital city dwelling market has held firm at 3.3 per cent over the month, which is at a historic low,” Mr Lawless said.

Transaction activity is showing a mixed picture, with sale numbers down 15 per cent on the September quarter last year due to a shortage of supply in Melbourne and Sydney and a shortage of demand in Perth and Darwin.

Mr Lawless said the decline in transactions — down 5.3 per cent on last quarter — had been driven by Sydney where new advertised property listings were 18 per cent lower than the same time last year.

“The Sydney market is clearly slowing down after years of growth with affordability blocks, lower yield gains and tighter lending constraints from the banks,” he said.

“Conversely, in markets like Perth and Darwin, where dwelling values have been falling consistently, the slowdown in transaction numbers is related to demand, which is evidenced by the higher number of homes available for sale, as well as the sharp slowdown in migration rates.

“With advertised stock levels close to record highs in Perth and Darwin, buyers now have a lot more choice when selecting a property and can negotiate hard on price.

“Migration rates have fallen off a cliff in Perth which hasn’t helped either the housing market or WA’s weak economy,” Mr Lawless said.