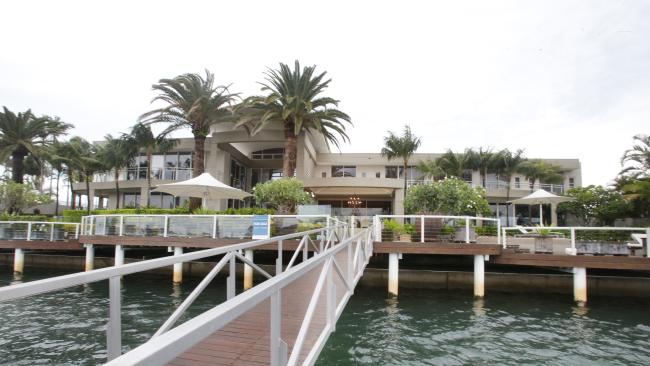 Billed as one of southeast Queensland’s finest homes, the Minyama Island house is reached via a causeway to the mainland, and covers 2000sq m including 50m of premium north-facing deep-water frontage on the Mooloolah River.

Juniper and his wife Samantha Lee Juniper bought the property for just $1.725m in 1999, and have since upgraded it.

Selling agent Simon Guilfoyle of G1 Property Mooloolaba declined to comment on the buyer’s identity but sources said it was a local business family. Mr Guilfoyle said there was a big appetite for beachfront and riverfront apartments on the Sunshine Coast from locals as well as Sydney and Melbourne buyers.

The sale of the Minyama home spells the end of the Juniper family’s presence on the island. Shaun’s father Graeme Juniper lived on the western end of the island until about four years ago.

The Juniper family is expected to stay on the Sunshine Coast.

Shaun and Graeme Juniper came to prominence in 2013 when a 77-level Surfers Paradise apartment tower they were developing was placed in receivership. At one stage the father and son sold the penthouse in the tower, known as Soul, for more than $16m.